From Heraldry of the World
Your site history : National Arms of Syria
Jump to navigation Jump to search

THE NATIONAL ARMS OF SYRIA 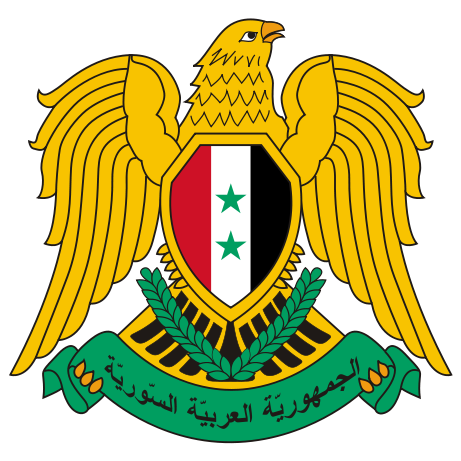 The arms of Syria are comparable in design with many other Arabic counties (like Egypt and Iraq), and show Hawk of Qureish which holds a shield of the national flag and a scroll with the words "Syrian Arab Republic"in Arabic.

During Syria's union with Egypt in the United Arab Republic (UAR) between 1958 and 1961, the pan-Arab Eagle of Saladin was used as the basis of the coat of arms.

During the period of the Federation of Arab Republics between 1972 and 1977, a loose association of Egypt, Libya, and Syria, the Hawk of Qureish replaced the eagle of Saladin as the coat of arms.