National Arms of the Bahamas

From Heraldry of the World
Your site history : National Arms of the Bahamas
Jump to navigation Jump to search

National Arms of the Bahamas 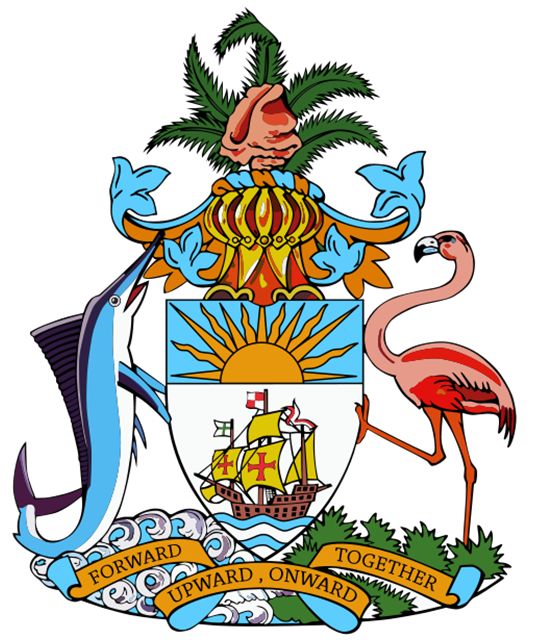 The Bahamas became independent in 1973 and continued the use of the arms granted in 1971.

The oldest badge for the colony was introduced in 1869 and showed a belt surrounding a warship expelling two pirate ships. The motto on the belt translates as 'When the pirates were expelled, trade flourished'. This badge remained in use until 1959 when the first arms of the colony were introduced. The new arms showed the same ships, but now in a shield and as a chief the British Royal Crown. The motto remained the same.

The present arms show in the base still a ship, but now officially the Santa Maria, the flagship of Columbus, who discovered the islands (and the Americas) in 1493. Instead of the crown, a rising sun was added. The new motto is Forward-Upward-Onward-Together. As a crest palm leaves and a shell were introduced. The supporters are a swordfish and a flamingo.