National Arms of the Dominican Republic

From Heraldry of the World
Your site history : National Arms of the Dominican Republic
Jump to navigation Jump to search

NATIONAL ARMS OF THE DOMINICAN REPUBLIC 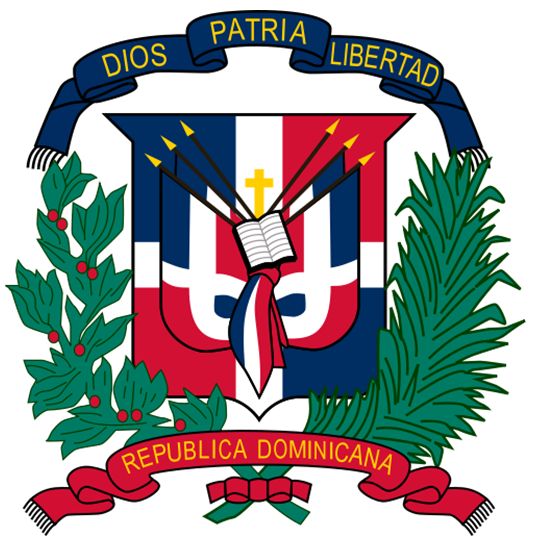 The first national symbol for the new republic was designed in 1844. The logo showed three flags, a bible, a Phrygian hat (symbol of freedom), some spears and other weapons and two laurel branches.(see below). Three different designs were used, one with only the name Republica Dominicana, one with the motto Dios Patria Libertad and one with both mottos.

In 1886 the white cross was again removed from the shield itself. Between 1886 and 1913 several different versions were used, with or without the main silver cross and the mottos. The present arms as shown on top of the page are in use since 1913.