National Arms of the Faroe Islands

THE NATIONAL ARMS OF THE FAROE ISLANDS 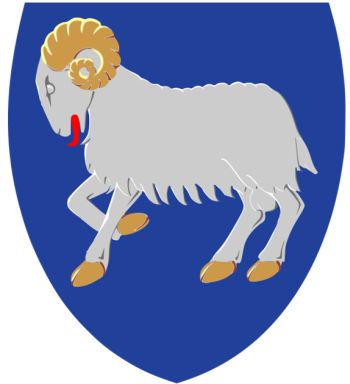 The name of the islands means fur islands and thus the arms are canting. Ever since the islands were discovered, either by the Irish or the Vikings, there have been many sheep, supplying large quantities of wool.

The first use of a ram as the arms of the islands date from a seal from the 1300's. From the 14th century onwards the ram was placed in a shield. The colours are known since the 16th century, as the arms were for a short time added to the Danish Royal arms (as they are now).

The arms were in use in the 19th century, but only when the islands received self-government in 1948 the arms were officially granted. In 2004 the arms below were replaced by the present arms.