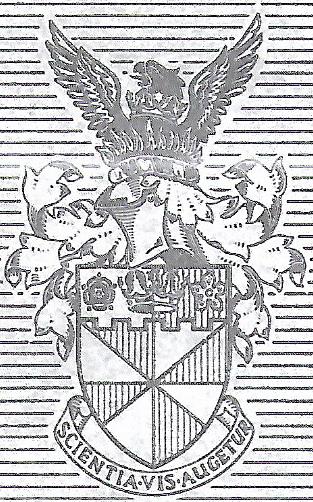 Arms : Gyronny of eight gules and argent, a chief embattled, thereon· an astral crown, both counterchanged, between a rose also gules, barbed and seeded proper, and a pierced cinquefoil ermine.
Crest: On a wreath of the colours, A phoenix proper gorged with an astral crown argent.
Motto: Scientia vis augetur