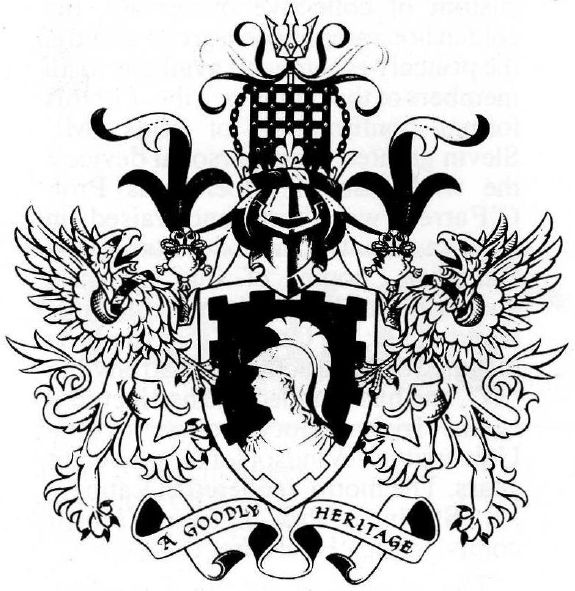 Arms : Quarterly Gules and Azure within a Bordure embattled issuant from the base the Head and Shoulders of a female figure representing Britannia Argent
Crest: upon a Helm with a Wreath Argent Gules and Azure Within a Circlet of eight demi Fleurs de Lys alternately Or and Gules in front of a Trident erect Or tied thereto below the head on either side three ribbons Gules Argent and Azure a Portcullis Sable studded Gold, Mantled Gules and Azure doubled Argent.
Supporters: Two Griffins Or each gorged with a Wreath alternately Gules Argent and Azure and holding aloft by the inner claw a Purse stringed Gold.
Motto: "A Goodly Heritage".