From Heraldry of the World
(Redirected from National arms of Lesotho)

Your site history : National Arms of Lesotho
Jump to navigation Jump to search 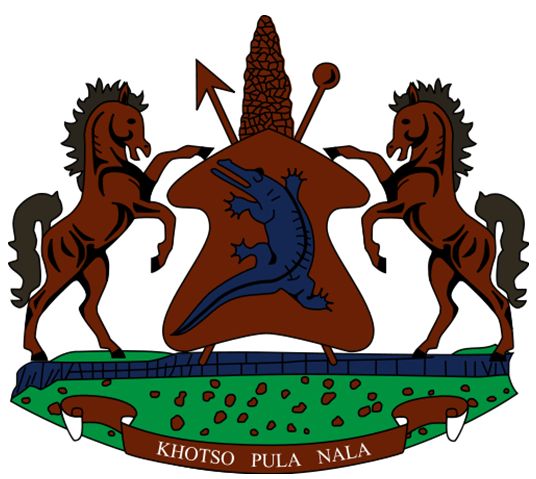 The shape of the shield is typical for the Sotho tribes. The crocodile is the symbol of the Royal Family form the Koena dynasty (there are no crocodiles in Lesotho though).

The supporters are two Lesotho ponies, a special breed of ponies adapted to the cold harsh winters in the country. The shield is placed on the Thaba Bosiu mountain, the place of the fortress of the founder of the Kingdom of Lesotho.

The previous arms were granted on October 4, 1966 and show the shield in gold. 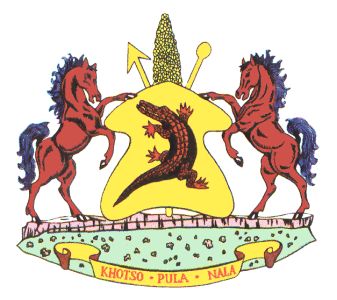 The arms of Basutoland, the name of the country as a British protectorate are shown below. 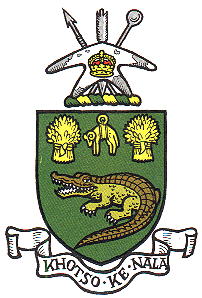 The arms also show the crocodile as the main charge. In the chief are a fleece and two garbs, which symbolise the agricultural character of the country. The crest shows local weapons and the British crown.