From Heraldry of the World
Your site history : National arms of Moldova
Jump to navigation Jump to search 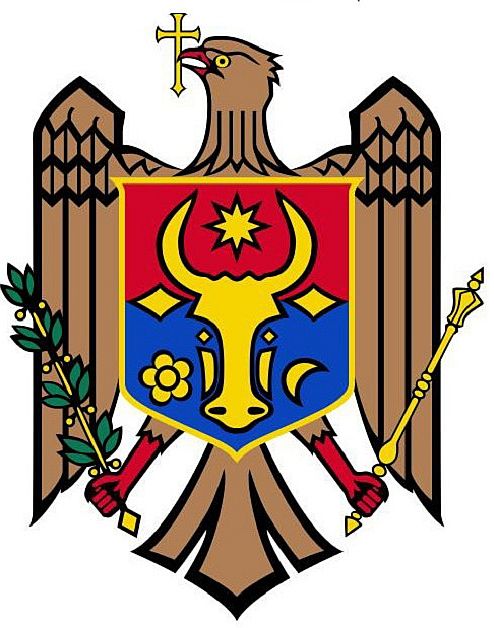 The coat of arms of Moldova consists of a eagle holding a cross in its beak and a sceptre and an olive branch in its claws. On its chest the eagle holds a shield with the traditional arms of Moldova: an aurochs' head with a star between its horns. The ears of the aurochs are shows as lozenges and in the bottom of the shield there are a flower and crescent.