From Heraldry of the World
Your site history : Nice
Jump to navigation Jump to search

First recorded in 1431, the Red Eagle on three mounts becomes the standard representation of the city and the County only during the 16th Century. In 1502, the blue sea is added at the foot of the mounts (which by tradition represents the three hills on which the city was founded (the Greek city, the Roman city and Montalban). In 1578, a crown was added on the head of the eagle, and after the first French occupation (1695-1705) the Countal Crown and the palms are added to the shield. The inscription "Nicaea Civitas" at the bottom would be a later addition during the Piedmontese restauration of 1814.

Napoleon granted Nice rather different arms, see below, Which were abolished in 1814. 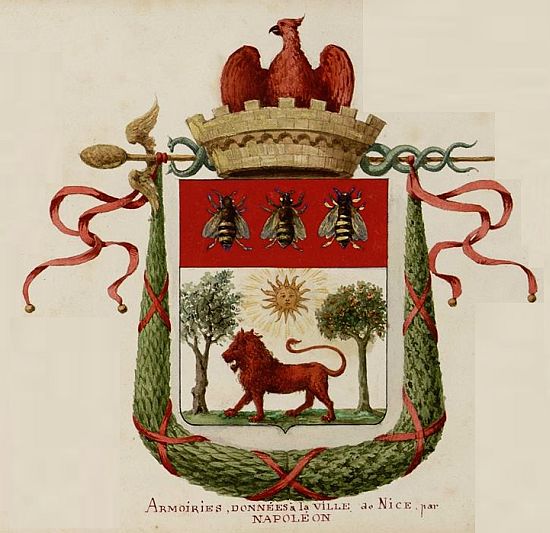