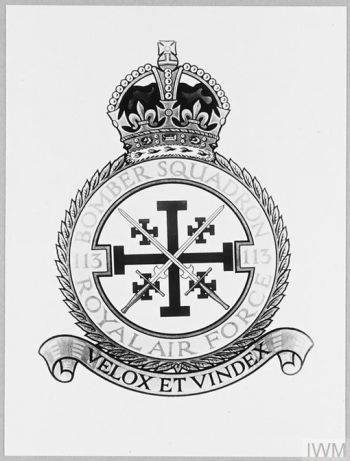 In front of a cross potent between four like crosses gules, two swords in saltire the points uppermost pommelled and hilted Or.

The Cross marking comes from the Arms of Jerusalem but are red insted of yellow to link them with the Cross of St George. The Swords are introduced to represent the unit's role of defending the Holy Land. The Motto translates as "Swift to vengeance". The badge was granted in November 1939.