History: Formed at Upwood in September 1939. 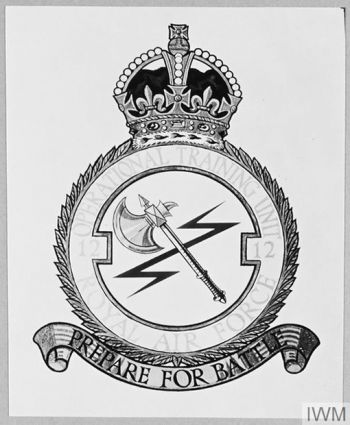 Badge: A battleaxe Or hafted sable and a flash of lightning gules in saltire.
Motto: Prepare for battle.

The Unit was originaly formed by personnel from Nos 52 and 63 Squadrons, and has included part of the Badges of these Squadrons in its Badge. The Lightning flash is from no 52 Squadon and the Batleaxe fron no 63 Squadron. The badge was granted in July 1945.