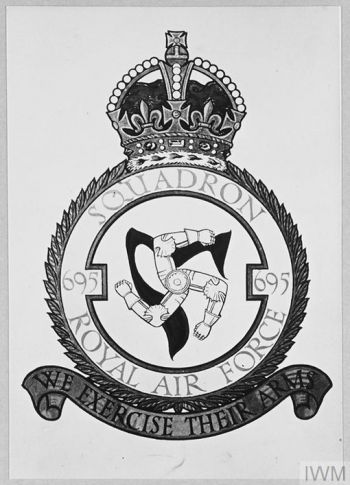 In front of a maunch gules three arms in armour conjoined argent.
Motto: We exercise their arms.

The Maunch symbolises the Target Sleeve towed by the Squadron's Aircraft to train Anti-Aircraft Artillery in Shooting. The Three Arms symbolises the Three Fighting Services concerned. The badge was granted in June 1945.