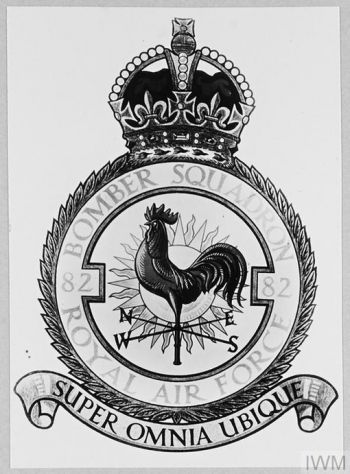 In front of a sun in splendour Or a weathercock sable.

The Sun alludes to the Badge used by the Squadron during 1917-1918. The Weathercock symbolises service in any direction. The Motto translates as "Over all things everywhere". The badge was granted in December 1938.