From Heraldry of the World
Your site history : Norden (kreis)
Jump to navigation Jump to search 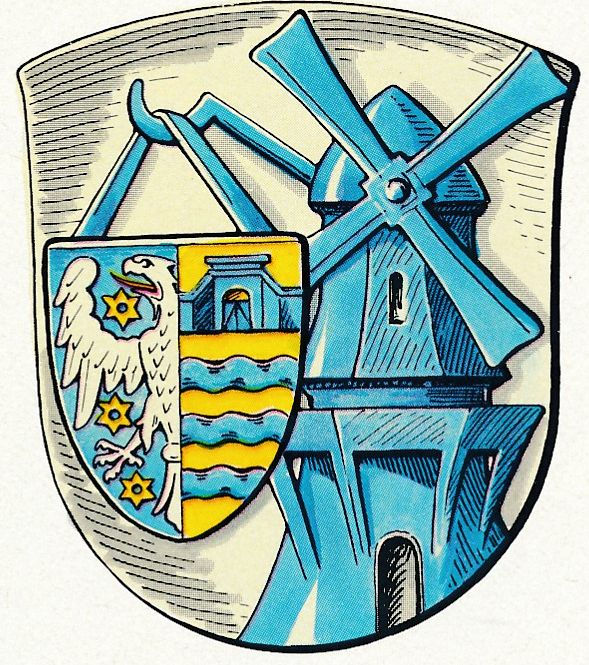 The windmill is a typical mill for the area of Ostfriesland, to which Norden belongs. The eagle in the small arms is taken from the arms of the local Benninga family. The spurs next to the eagle are taken from the arms of the city of Norden. The left part of the small shield shows a lock and some wavy bars indicating the geographical position on the borders of the Wattenmeer (Wadden Sea) and the struggle to keep the water out of the district.