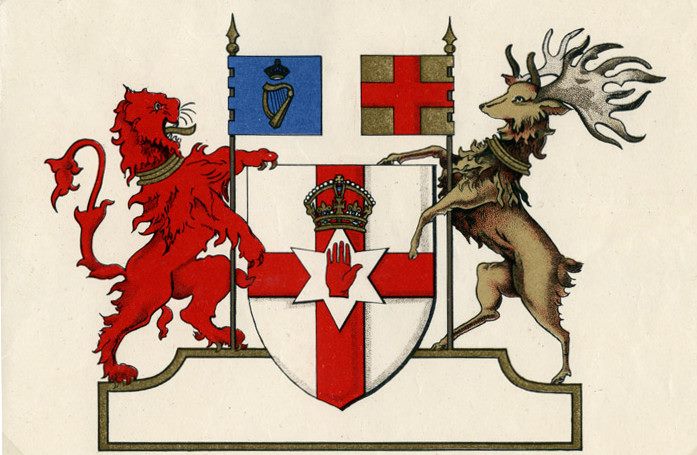 Arms : Argent, a Cross gules, over all on a sixpointed Star of the field ensigned by an Imperial Crown proper, a dexter Hand couped at the wrist or the second.
Supporters: Dexter a Lion gules, armed; langued and collared or, supporting a flagstafI proper therefrom flowing to the sinister a Banner azure charged with a harp or stringed argent surmounted by an Imperial Crown proper; Sinister, an Irish Elk proper collared or and supporting a like staff therefrom flowing to the dexter a banner or charged with a cross gules.