From Heraldry of the World
Your site history : Norwich
Jump to navigation Jump to search 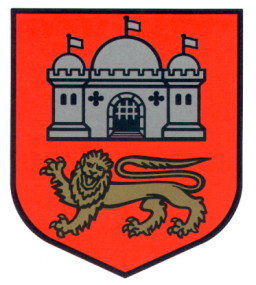 Gules, a castle triple-towered and domed argent; in base a lion passant guardant Or.

The City's arms are based on a seal of the 15th century. They were recorded and confirmed on 27th May 1562.

The shield depicts Norwich Castle and the royal lion of England. This was traditionally granted to the city by King Edward III (1327-1377).

In past centuries the arms were shown surmounted by a fur cap and supported by angels. These additions were of no authority and are no longer used.