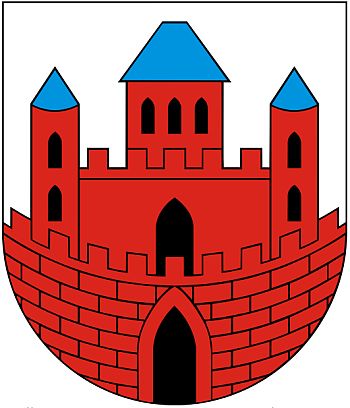 The arms of the city of Nowe date from the 13th century and show a fortified gate, a common symbol in medieval times for cities. The arms are canting (Burg=castle, the German name was Neuenburg, or new castle). All seals, since the 15th century, show the castle, but the size and shape differs between the seals and with time. The present shape dates from the 17th century.