From Heraldry of the World
Your site history : Oordegem
Jump to navigation Jump to search 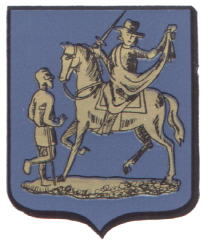 The arms simply show the patron saint, Saint Martin of Tours, who also appeared on the local seal.