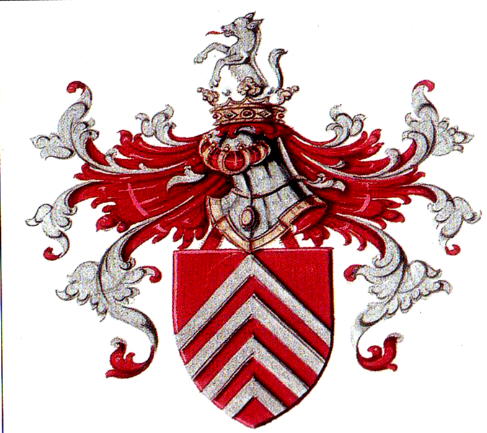 The arms are based on the oldest known seal of the village, dating from 1769, which shows the shield with a child or angel as supporter. The shield itself is derived from the arms of the Lords van Brakel, known since the 15th century.

On February 24, 1818 the village had received a totally different coat of arms, showing a bend with the local church tower, and a garb and plough as symbols of agriculture. These arms were confirmed in 1844 and used until 1947.