From Heraldry of the World
Your site history : Ostfriesland
Jump to navigation Jump to search 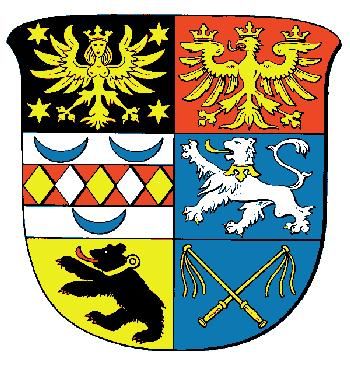 Ostfriesland is an area in the North-Western part of Germany, between the Dutch border and Bremen. It never really was an independent state, but the Counts of Ostfriesland were quite powerful in the region.

The harpy in the upper left quarter is derived from the arms of the most powerful family, the Cirksena family. See also the arms of the city of Emden and the National arms of Liechtenstein. The harpy is flanked by the spur rowels a symbol of the Norderland (the country around the city of Norden).

The second quarter shows the arms of the family "tom Brook", sovereign in the "Brokmerland" (the country in the middle of the triangle Emden-Norden-Aurich).