From Heraldry of the World
Your site history : Pennsylvania
Jump to navigation Jump to search 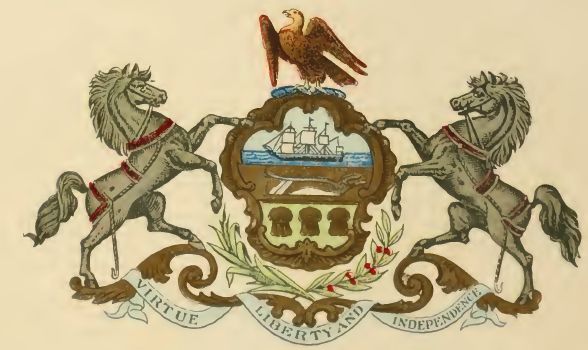 The original arms of Pennsylvania were without the supporters, motto and eagle, and were used on State money issued in 1777. In 1778 the present arms were devised, based on the seal.

The three symbols -- the plough, the ship and the sheaves of wheat -- ... were first founded in the individual seals of several colonial Pennsylvania counties, which mounted their own identifying crests above the existing [William] Penn coat of arms. Chester County's crest was a plough; Philadelphia County's crest was a ship under full sail; Sussex County, Delaware (then a part of Pennsylvania) used a sheaf of wheat as its crest. 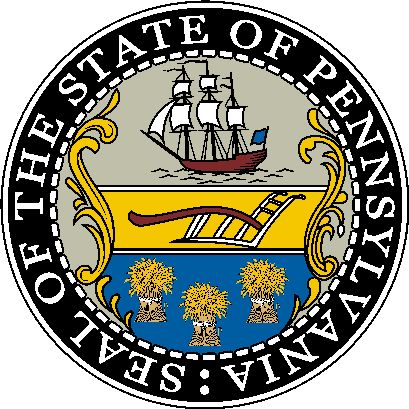