From Heraldry of the World
Your site history : Perstorp
Jump to navigation Jump to search 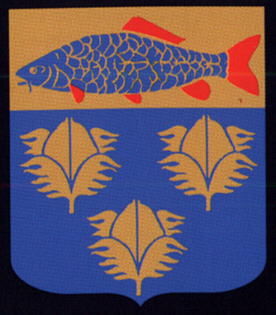 The beechnuts are a symbol for the many beech forests in the municipality, but are at the same time a symbol for the local industry, which depends on the wood from the forests. The chief shows a carp, a species that is quite abundant in the area and which was of great economic importance in previous centuries.