Difference between revisions of "Plymouth College"

From Heraldry of the World
Your site history : Plymouth College
Jump to navigation Jump to search 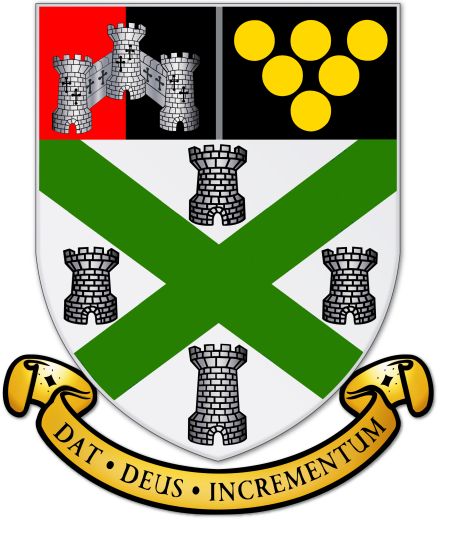 The arms were officially granted on September 24, 1956.

The arms of Plymouth College, an independent boarding and day school in the SouthWest corner of the county of Devon, founded in the mid nineteenth century, are composed of the arms of three local administrative authorities. Top left is that of the county town/cathedral city of Exeter. Top right is the lower part of the arms of the county of Cornwall but shows only the bottom three rows of gold balls. The full county arms has fifteen balls not just six but the configuration is immediate recognised.

The main part of the shield shows the arms of the home city of Plymouth which located at the mouth of the river Tamar which separates the counties of Devon and Cornwall from which the school has always drawn a large proportion of its pupils.

The motto Dat Deus Incrementum is used by various organisations, most notably Westminster School - of much older foundation, and also Tonbridge School, also rather grand by comparison.