Police Federation of England and Wales

POLICE FEDERATION OF ENGLAND AND WALES 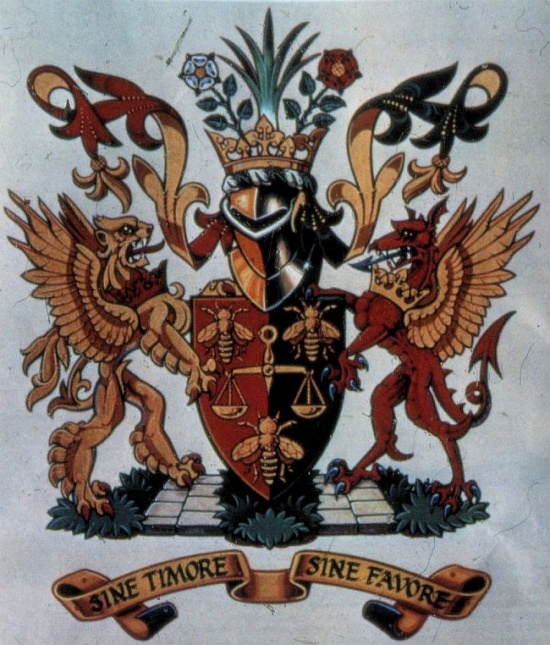 Arms :Per pale Gules and Vert a Balance between three Bees volant Or.

The arms were officially granted in 1982.

Being both a 'Trade Union' and a Welfare Organisation the shield symbolises the scales of justice, the bees representing collective industry work and general well being for a group of people. Bees are also found in the arms of Sir Robert Peel, founder of the modern Police.

The supporters and the crest are both representative of England and Wales and they are standing on a compartment reflecting city and rural policing.

The motto Sine timore sine favore means Without fear without favour. It is taken from the Constable's oath of allegiance.

Literature : image from https://www.theheraldrysociety.com/ Information and Blason of the Shield from a New Dictionary of Heraldry Edited by Stephen Friar.