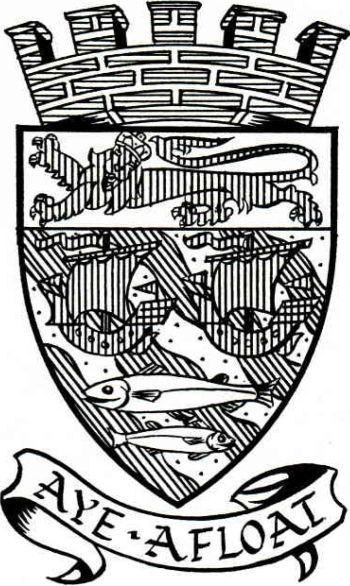 Bendy wavy Vert and Or, two lymphads under full sail Gules, and in base as many fishes paleways naiant counternaiant Argent; on a chief of the Fourth a lion passant guardant of the Third, imperially crowned of the Second.

And in an Escrol below the Shield which is ensigned of a coronet proper to a Police Burgh (videlicet: Azure masoned Argent) this Motto "Aye Afloat".

The arms show in the chief the crowned Ogilvy lion on its silver field denoting that the last Superior of the Burgh is the Earl of Seafield.

The red and silver colours are repeated in the ships and the fish, which recall the town's long connection with the fishing industry; the green is for the sea and the gold for the sands.

The motto echoes the "Toujours" of the Ogilvys of Deskford and Cullen who formerly owned the lands around Portknockie; this family is now represented by the Earl of Seafield.

The arms are now used by the community Council: 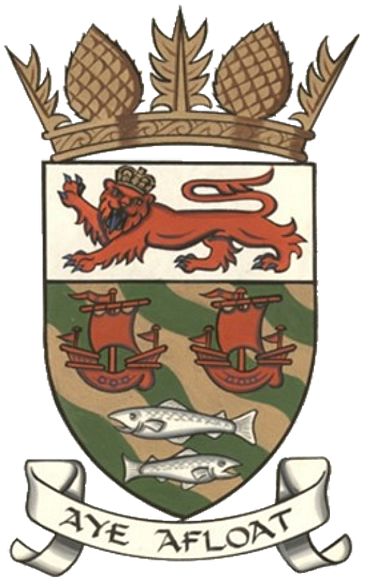