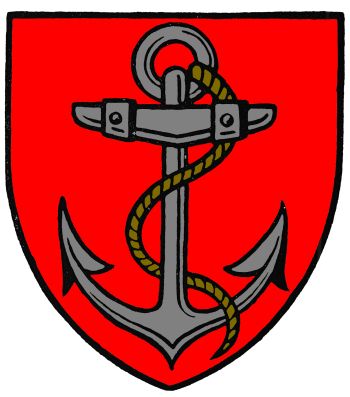 Gules, an anchor in pale cabled, all proper.

The anchor may simply be a symbol of the importance of shipping for the town. The arms are also listed already in 1837 in the Topographical Dictionary of Ireland as the arms of the Portrush Harbour Company.

The JaJa cards give rather different arms, see below. These show the arms of the Marquesses of Lothian.