From Heraldry of the World
Your site history : Prabuty
Jump to navigation Jump to search 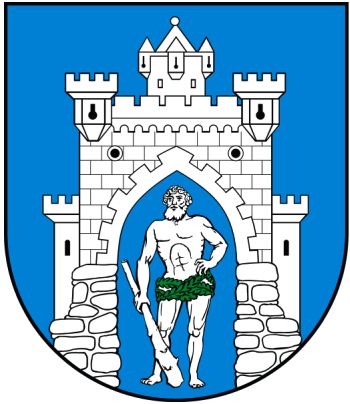 The arms are canting for the German name (Riesen-burg or Giant's castle). The composition is known since 1405, but the actual shape of the castle and giant has varied widely during the centuries.center
The arms as shown in the 19th century