From Heraldry of the World
Your site history : Preiļi (town)
Jump to navigation Jump to search 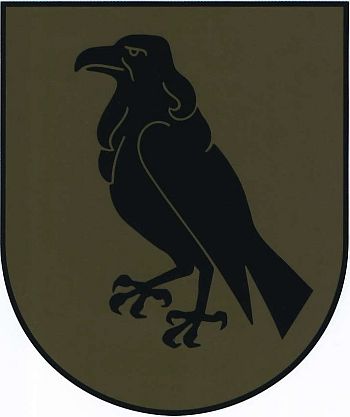 Preili is first mentioned in the 14th century as a village, called then Prelle in German. In the 18th century it was a town already, called Prely or Prele in Russian. In 1928 city rights were granted.

The arms were granted in 1938: a raven. The raven is a symbol of wisdom in the Latvian folklore.