From Heraldry of the World
Your site history : Qaqortoq
Jump to navigation Jump to search 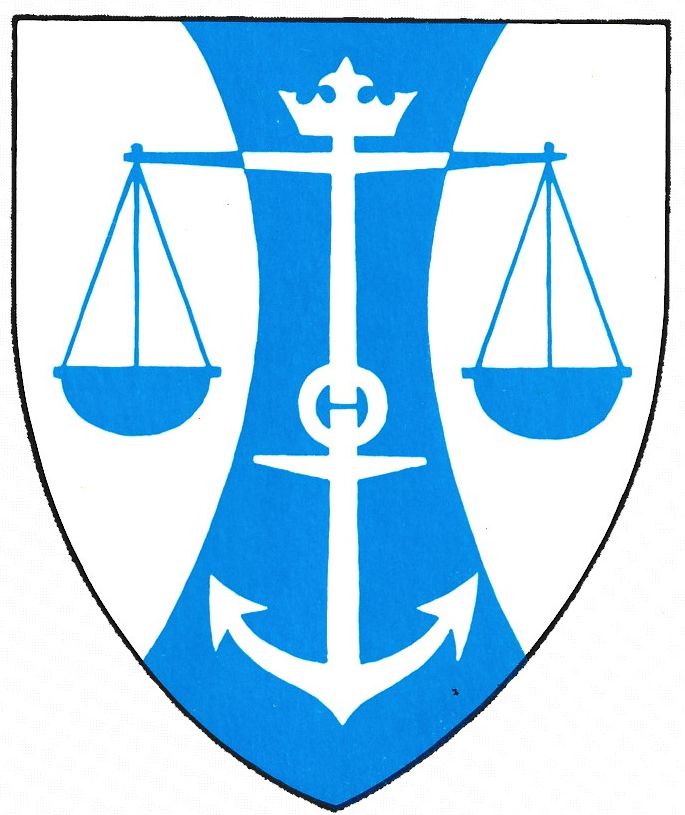 The Greenlandic name of the town means "the white", thus the background colour of the arms. Through the town runs a small river from the lake Tasersuaq, which is the source of the drinking water for the town. The river is symbolised running through the white field. The Danish name for the town is derived from Queen Julianne Marie, thus a crown was added. The town is a major port and trading center, which is symbolised by the anchor and balance.