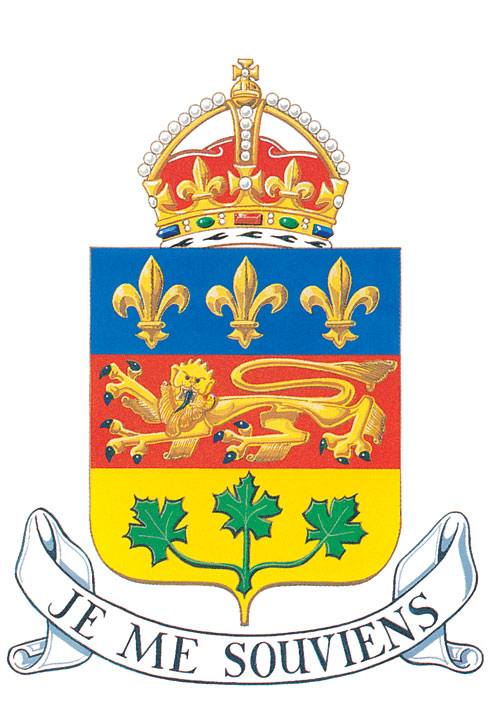 Arms : Tierced in fess, Azure three fleurs-de-lis Or, Gules a lion passant guardant, and Or a sprig of three maple leaves Vert.
Motto: JE ME SOUVIENS

The three fleur-de-lis in the chief represent France (the founding country of the province), the lion represents Britain (the conquering country of Quebec), while the green maple leaves represent Canada.

The motto translates as "I remember" The original coat of arms had two blue fleur-de-lis on gold, since the gold lilies on blue would have (at the time) been too reminiscent of the similar quarter on the old British coat of arms (which represented Britain's claim to the throne of France, and was only removed in 1801). 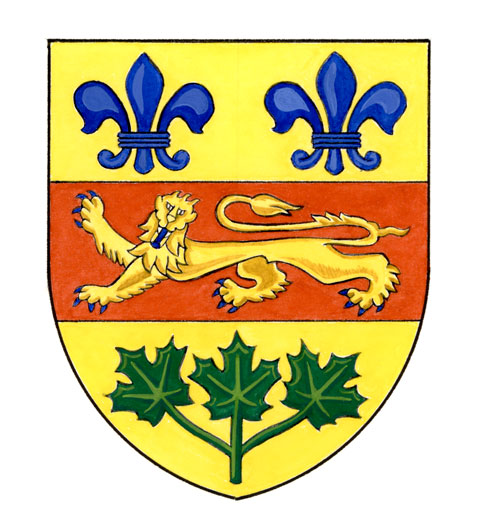 © since 1995, Heraldry of the World, Ralf Hartemink and info taken from http://www.gouv.qc.ca/Informations/Armoiries/Armoiries_fr.html