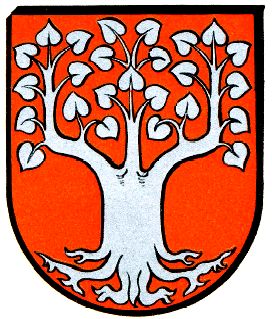 The arms show a linden tree, which is a symbol for justice. During the 16th and 17th century a local court (Holzgericht) of the Quernheimer Mark was held in the village, which is symbolised in the arms.

The colours are those of the State of Minden, to which the area historically belonged.