History: The RAF left the Station in 1979 and its today the site of Malta International Airport. 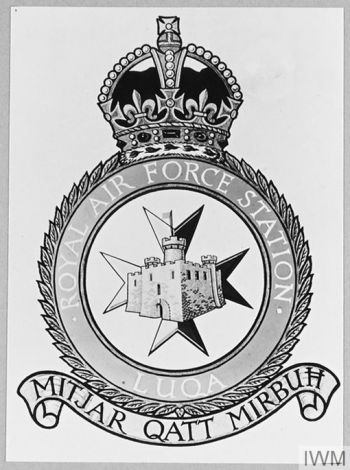 The Maltese Cross is indicative of the location of the Station. The Castle remembers the Fortress Malta which withstood all attacks during World War Two. The badge was granted in February 1945.

Literature: Image from https://www.iwm.org.uk/. Information from Knights of the Sky Part 3 Support Squadron - Teams by B.R. Holliss and R. Symons.