From Heraldry of the World
Your site history : Ravenna (province)
Jump to navigation Jump to search 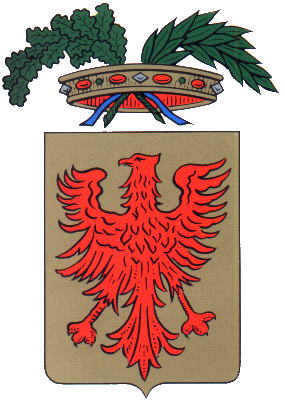 The arms are derived from the arms of the Da Polenta family, Lords of Ravenna in medieval times. There are some explanations that the family took the eagle from the arms of the German Emperors. In the 12th and 13th century the family supported the German Emperors in their struggle for power in Northern Italy. They could have adopted the eagle as a symbol of loyalty. When they changed sides in the 13th century the colours may have changed.