Former province of the Kingdom of Prussia, at present in Germany (bordering France, Luxembourg, Belgium and the Netherlands). 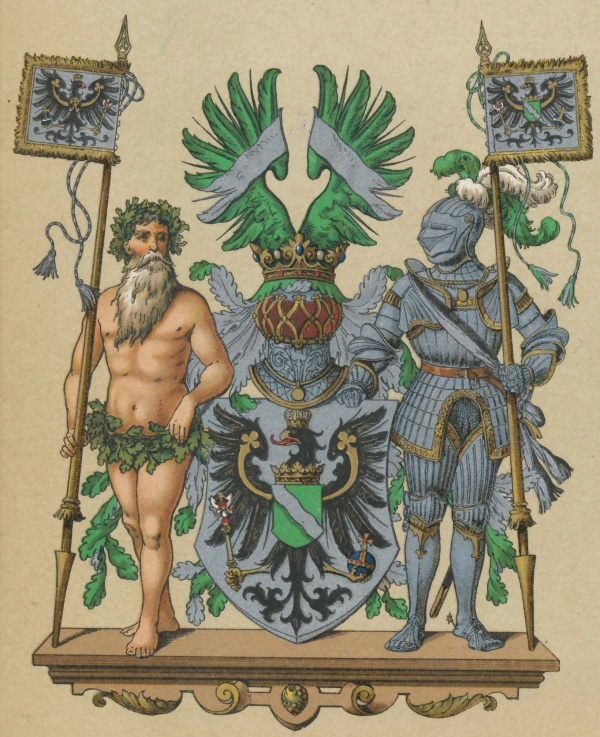 The arms were officially granted in 1881.

The arms show the river Rhine in a green field, symbolising the rich agricultural region. The arms originated from the Grand-Duchy of the Niederrhein, which was founded as a Prussian territory after the fall of Napoleon. When the Prussian State was reformed, the arms became the provincial arms and were placed as an escutcheon on the Prussian eagle.

In practice, often only the small shield with the silver bend was used.

After 1918 the arms became invalid, so in 1926 new arms for the Rheinporvinz were designed, showing the Prussian eagle as a chief above the old arms.

After 1945 the arms were redesigned for the Landschaftsverband Rheinland.