From Heraldry of the World
Your site history : Robert Louis
Jump to navigation Jump to search 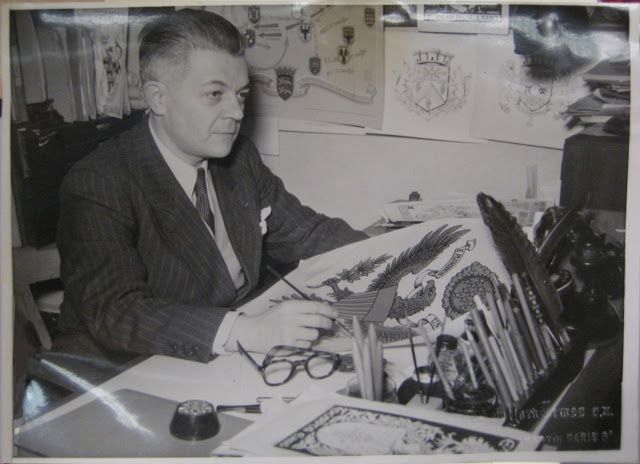 One of the most famous heraldists in France in the mid 20th century was Robert Louis. He designed a large number of arms, but he was famous for his heraldic art of French historical regions, towns and provinces. He wrote a number of books on the different arms of towns in several départements, most French heraldic stamps were based on his drawings and a large number of postcards have been issued.

Besides postcards he also designed many stamps (see the stamps section of the site. He also wrote many books and designed all kinds of other heraldic items, see below.

His personal arms and seal:

Address of his studio (later shared with his daughter Mireille Louis) :

Images (scans) from his work

Literature/sources : unless otherwise stated, all images are own original scans or pictures.