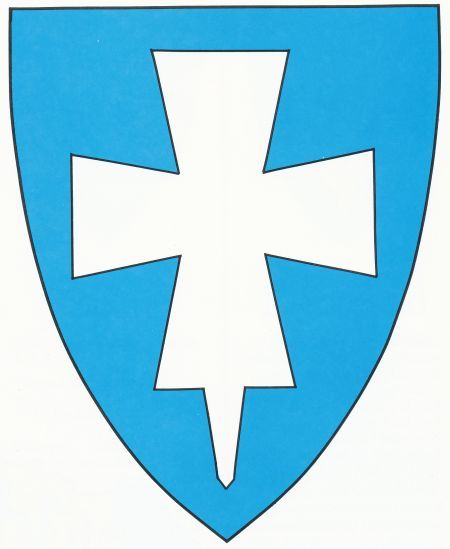 The arms show a pointed silver cross. The arms are based on the oldest national monument of Norway, a stone cross erected in the memory of Erling Skjalgsson in Sola after his dead in 1028. The stone is now in the museum in Stavanger. The type of pointed cross was very common in Norway until the 14th century. Erling Skjalgsson was an important political leader of the late 10th and early 11th century.