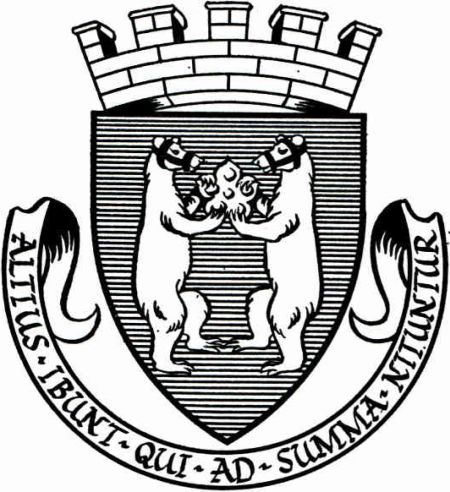 Azure, two bears combatant Argent, muzzled Gules, supporting between their paws a cinquefoil of the Second.

Above the Shield is placed a Burghal coronet and in an Escrol beneath the Shield this Motto "Altius Ibunt Qui Ad Summa Nituntur".

Rosehearty was made a burgh in 1681 for Alexander, 2nd Lord Forbes of Pitsligo and was given the right to use the arms of Lord Pitsligo on one side of the seal of the Burgh.

The Latin motto "They who strive for the heights will go higher" is one of those used by Forbes of Pitsligo.

In the official drawing and in the Lyon Register the shield was given an eighteenth-century design with pointed ears, by special wish of the Town Council; the Pitsligo arms had been shown on a shield of this kind on the Burgh seal in use before 1929. 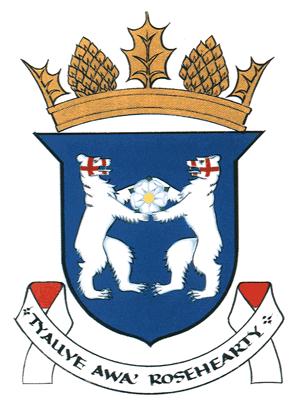 The new arms differ from the 1929 version is that the motto, instead of being in Latin, has the same sentiment expressed in Doric rather than Standard English, in keeping with the special identity of the North East of Scotland.

The cinquefoil has been replaced by the Rosehearty Rose, and the "ears" were retained, which is unique in Scottish Heraldry today.