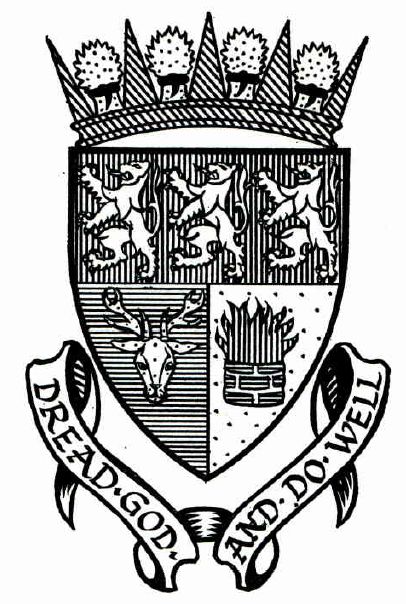 Per fess and in base per pale: 1st, Gules, three lions rampant Argent; 2nd, Azure, a stag's head cabossed Or; 3rd, Or, a beacon Azure, masoned Argent and enflamed Gules.

Below the Shield which is ensigned with the coronet appropriate to a County Council, is placed in an Escrol this Motto "Dread God and Do Well". 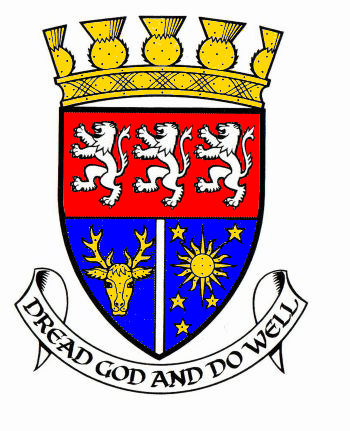 Per fess Gules and Azure: in chief three lions rampant Argent, in base an endorse of the Last between dexter, a stag's head cabossed, and sinister, a sun in its splendour between five mullets Or.

Above the Shield is placed a coronet appropriate to a statutory District, videlicet:- a circlet richly chased, from which are issuant eight thistle-heads (three and two halves visible) Or; and in an Escrol under the Shield this Motto "Dread God and Do Well".

The arms are based on the old county arms, the red lions and the stag's head remained, the flaming beacon has been replaced by the sun and mullets. The small pale is another addition, the motto is the same. The sun and the mullets are taken from the old arms of Dingwall, the seat of the council.