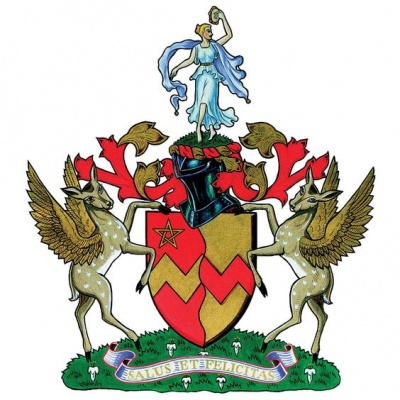 The arms were officially granted in 1937.

The fess dancetty is an obvious canting element. The wavy division line also indicates the movement of dancing. The the pentagram symbolises health.

The crest is a figure of Terpsichore, one of the Muses from Greek mythology, representing dance.

The supporter at either side of the shield is a winged doe, symbolising lightness and grace of movement. The motto 'Salus et Felicitas' translates to mean health and happiness.