Royal Burgh of Selkirk and District 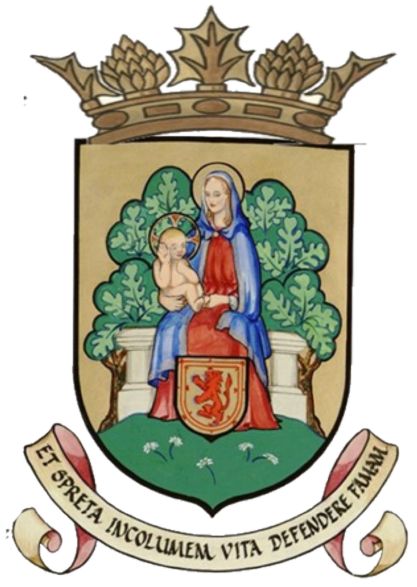 Or, on a mount before a grove of oak trees the Blessed Virgin seated on a bench with the Holy Child in her arms all Proper, against her feet an escutcheon of the Royal Arms of Scotland: Or, within a double tressure flory counterflory a lion rampant Gules, armed and langued Azure.

Above the Shield is placed a Coronet appropriate to a statutory Community Council, videlicet:- a circlet richly chased from which are issuant four thistle leaves (one and two halves visible) and four pine cones (two visible) Or, and in an Escrol below the same this Motto "Et Spreta Incolumem Vita Defendere Famam".

The arms are those of the Burgh of Selkirk with the crown of a community council.