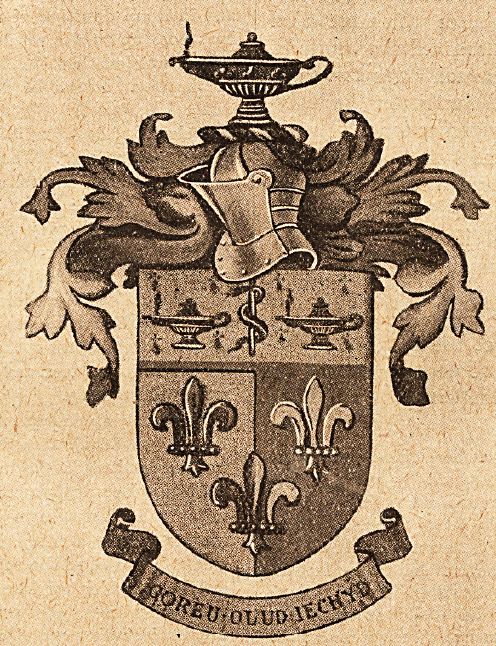 Arms : Per pale azure and sable, three fleurs-de-lys Or; on a chief ermine a rod of Aesculapius between two ancient lamps or enflamed proper.
Crest: On a wreath of the colours, An ancient lamp gules, enflamed proper, charged with a fleur-de-lys Or.
Motto: Goreu olud iechyd.

The fleur de lys bas been taken from the arms of the old Kings of Gwent; the rod of Aesculapius represents medicine, and the lamp symbolises nursing. Longfellow's poem, " Santa Filomena," spoke of Florence Nightingale as " the lady with the lamp."