Royal Scottish Society of the Arts

ROYAL SCOTTISH SOCIETY OF THE ARTS 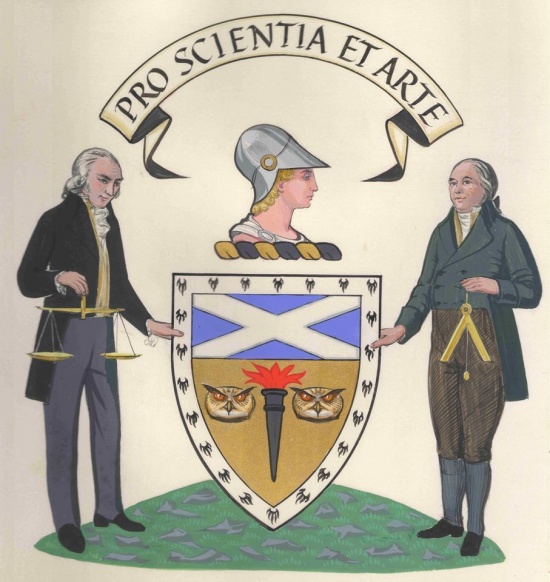 Or, between two eagle owls heads affrontée proper a torch Sable paleways enflamed Gules, on a chief Azure a saltire Argent, all within a bordure Ermine, and on a Wreath of the Liveries Sable and Or is set for the Crest the head of the goddess Athena contournée helmeted proper, and in an Escrol over the same this Motto "PRO SCIENTIA ET ARTE," and on a compart­ment below the Shield are set for Supporters, dexter a scientist and sinister an artisan both in the habit of the early 19th century, the former bearing in his dexter hand a balance and the latter in his sinister hand a perpendiculum.