From Heraldry of the World
Your site history : Sögel
Jump to navigation Jump to search 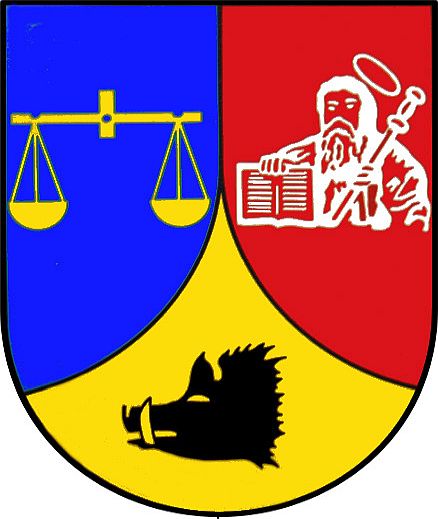 The scales symbolise that Sögel was the seat of a local court since at least 1400. The upper left part shows the image of St. James the Elder, which is the patron saint of the village since the year 800. The base shows a boar's head, a symbol for the former importance of hunting in the reagion. It is also a canting element, as the name Sögel , is derived from Sugila, meaning boars-forest.