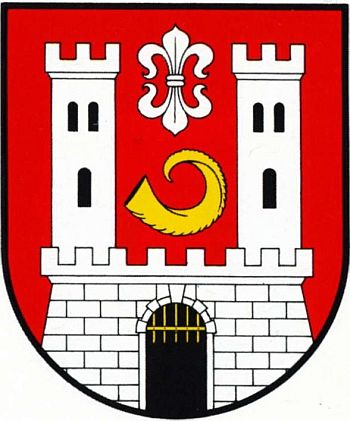 The arms of the city show a gate with two towers and between the towers a fleur-de-lys and a ram's horn. The arms date from the 16th or early 17th century. The horn is taken from the arms of the Lords of Rechenberg, who ruled the town from 1468-1634 and who used a ram's head in their arms. The meaning of the fleur-de-lys is not known, but may be a symbol of St. Mary.