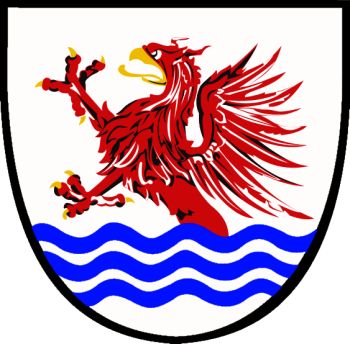 The arms are a combination of the griffin of Pommern and the Słupia (Stolpe) river, that runs in three different streams through the city. The oldest known use of the griffin coming from water dates from the early 14th century. The oldesr seals (14th-16th century) all show the same composition. In the 17th century the small stream was enlarged and the composition was placed in a shield, creating the above arms. The arms basically have not changed since.