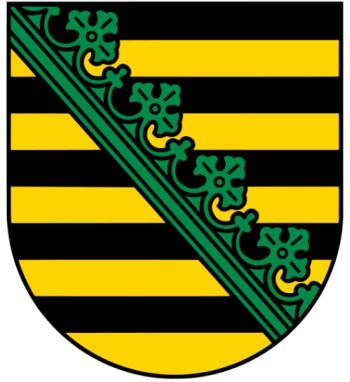 The original territory in the meantime was divided in many different territories, all of which used the old Sachsen arms in their arms, see Sachsen-Weimar, Sachsen-Coburg-Gotha, Sachsen-Meiningen, Sachsen-Altenburg and Anhalt.