From Heraldry of the World
Your site history : Saint-Quentin
Jump to navigation Jump to search 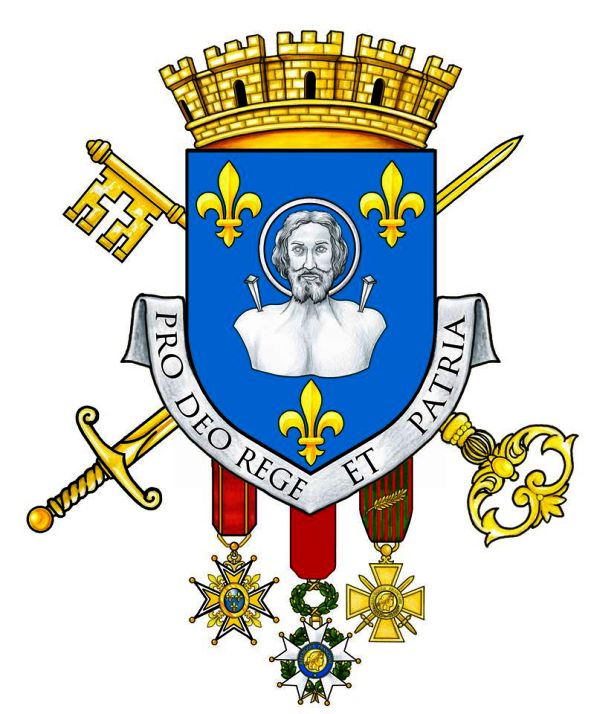 The arms show the bust of St. Quentin, the local patron saint. The three fleur-de-lys are a royal symbol, granted, according to legend, in 1215 when the vity was annexed by France by King Philippe Auguste.

In 1752, King Louis XV awarded the Croix des Mayeurs to the city for its loyalty. In 1897 the city received the Legion of Honor for its resistance against the Prussians during the war of 1870-71. Occupied at the end of August 1914, the city became the victim of the German withdrawal on the Hindenburg line in March 1917. It wass destroyed for 80% during the withdrawal. The Croix de Guerre was awarded in 1920.

Literature : Image made by Massimo Ghirardi