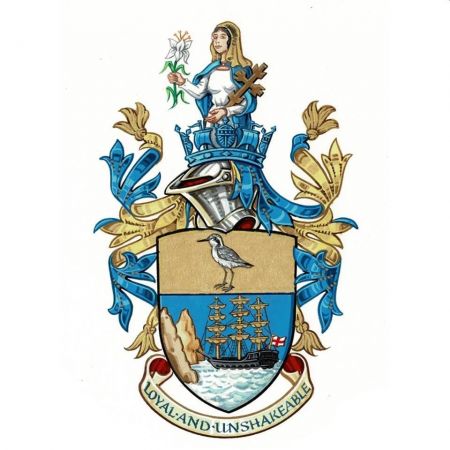 The arms show in the chief the national bird, the Saint Helena Plover Charadrius sanctaehelenae.

The lower part of the shield shows a coastal scene of the island, a three-masted sailing ship with the mountainous island to the left. This is taken from the colonial seal of the colony and shows the flag of England flying from the ship.

The motto is Loyal and unshakable. The crest shows an image of Saint Helena, holding a cross and a flower.

Previously the island used the composition of the seal as its (unconfirmed) arms, see below.