From Heraldry of the World
Your site history : Sankt Florian-Markt
Jump to navigation Jump to search 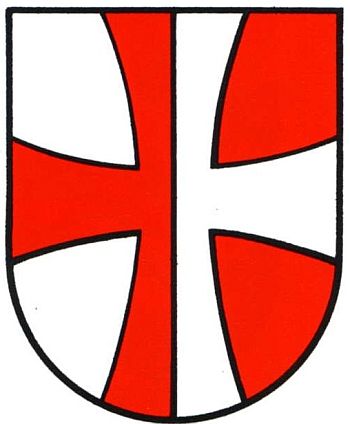 The arms were probably grante din the 16th century, but the exact date is not known. The oldest known use of the arms dates from 1588.

The cross is the symbol of St. Florianus, patron saint of both the local Abbey and the town. According to legend, the monastery is built on the grave of the saint, who died in 304. The cross appeared as a small shield on the seal of the Abbey in 1306 and again in 1484.