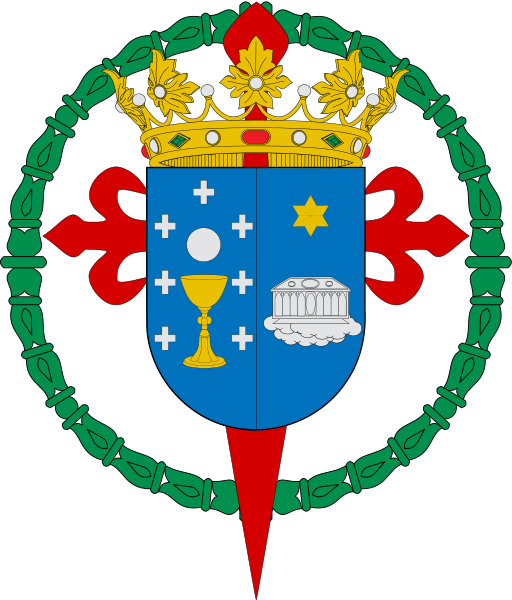 The arms show in the left half the tomb of St. James the Greater (Santiago), found near the present city in the 8th century. Ever since the city has been a very important place of pilgrimage to the relics of St. James. The star indicates the bright star which was seen when the tomb was discovered.

The meaing of the right half is ?